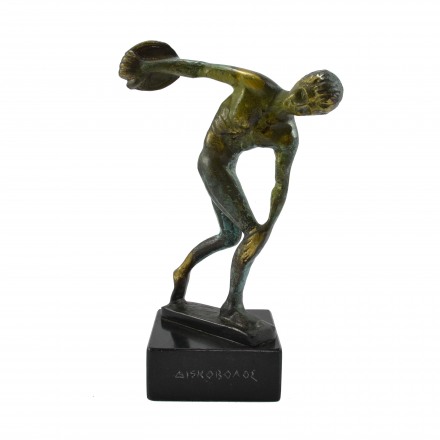 Descriptions Lucian does not differentiate the bronze original of the classical period of Roman marble copies.

Although characterized by free movement, the work retains some archaic elements like that is two-dimensional (with the main face the front). The project aims to highlight the intensity of the moment, while the serene face emphasizes alertness athlete. The trunk of the tree (support) was later added to the copies for reasons statikous.Gnorizoume how Discus thrower was constructed around the 5th century BC There is also great doubts about where has turned his gaze. Many people argue that faces the disk, others believe that facing the public and others that helps in forums and meditation.