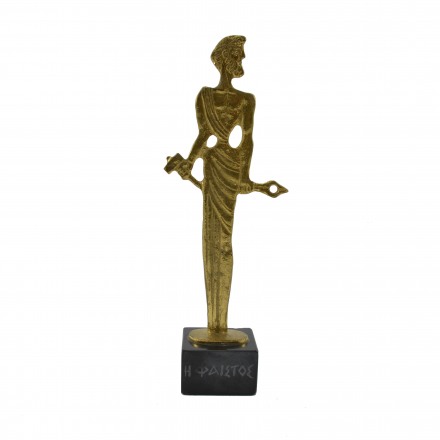 Hephaestus according to Greek mythology was one of the main Olympian gods of the ancient twelve. He was the god of fire of heaven and earth and any process or art to it, such as bronze and especially metallurgy.

According to Homer's Iliad, (O 338), was the son of Zeus and Hera. This refers to the Homeric verses, which was followed by later writers. However, Hesiod in his Theogony (927) presents him not as the fruit of love but of discord and quarrel between Zeus and Hera, alleged to be born by Hera by parthenogenesis.

Hephaestus with Hestia were the main deities of fire.