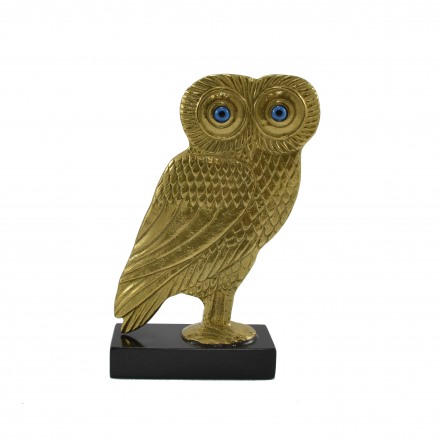 From antiquity owl identified with wisdom. The ancient Greeks considered the symbol of the goddess Athena.

The ancient Greeks considered the symbol of the goddess Athena. Indicative of worship of the ancient Greeks for the bird that is the reference of the Alexandrian lexicographer Hesychius, according to which, before starting the battle of Salamis, had flown an owl as a harbinger of victory of the Greeks.

The owl is the symbol of wisdom and knowledge.

Mainly used in learning and achievement in science subjects, so students and students always have an owl in the office.

Buddhists believe that the owl is a symbol independent seeking the truth. It is said that if you put the owl in your bedroom, your partner will not be able to never lie to you.

H owl as figure strengthens Yang in an environment as well as raising the levels of positive energy.

To have good overall balance and positive energy, both at home and in your life, put the owl in the center of your home.