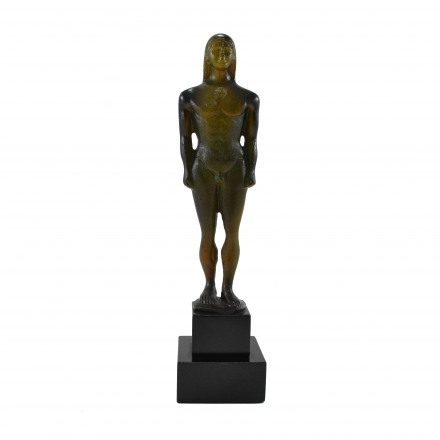 The Kouros (singular Kouros) s female figures called respectively Kores- is the name of the large marble statue of a male figure, which after the middle Archaic period 580 BC dominate the Greek art.

The Kouros is naked, while daughters are dressed like the peplos kore. The Kouroi one can introduce them and study mainly in the Archaeological Museum of Athens and the Acropolis Museum Daughters.