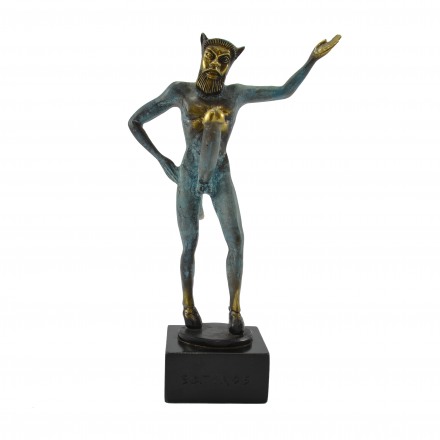 The Satyrs were inferior mythical creatures "daimones" of Greek mythology (spirits of mountains and forests), which the poetry and the art of depicting from the waist up almost anthropomorphic, with pointed ears, legs and tail of a goat in unlike Silen, of which the lower half of the body resembling a horse.

It was, like Silenus, servants and companions of Dionysus, which had grown from a child. their favorite pastime was playing the flute and guitar, the harvest and the methokopima but hunting girls, who were all along the personification of fertility of Nature.